Suffice it to say, the layman’s understanding of the mysterious world of seafaring is restricted to watching Pirates of the Caribbean re-runs. In reality, the insurmountable odds faced by seafarers at the helm of the shipping industry the world over is often overlooked as we bask in the convenience of being spoilt for choice when it comes to retail or automotive purchases. This year, the Day of the Seafarer campaign aims to not only shed light on the importance of this profession, but also to acknowledge and reward the enormous sacrifices these individuals make in order to provide an indispensable service to the public.

Why is Day of the Seafarer Important?

Themed “At Sea for All,” the Day of the Seafarer’s festivities aim to celebrate the world of shipping and seafaring, and emphasizes  the indispensable (yet indirect) role that these unique individuals play in our everyday life. The event serves as an eye-opener to curious observers as it also explains various sections of the international freight shipping complex—the all-but-hidden industry that undergirds the entire global economy yet somehow manages to avoid the limelight. 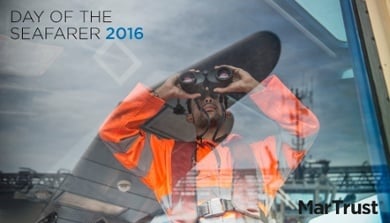 In the spirit of Seafarers Day, here are some fascinating facts about the global shipping industry and its unsung heroes:Right now, there are at least 20 million containers crossing the world, serving 7 billion people worldwide.

As we participate in this year’s much anticipated Day of the Seafarer, let us keep the importance of this largely hidden sector of the shipping world at the forefront of our minds.